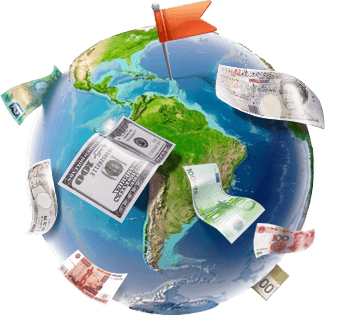 About The Republic of Panama

Panama, officially known as the Republic of Panama covers a greater area in Southern Central America of over 29,000 sq. miles or 75,000 sq. km. In the May 2010 census, Panama recorded a growing population of over 3.4 million residents, of which most are Spanish speaking.

Panamanians occupy an area that connects North and South America, and interestingly, Panama is a nation that is bordered on all four sides: to the northwest is Costa Rica, to the southeast is Colombia, to the north is the Caribbean Sea and to the south is the Pacific Ocean.

The popularly known Panama Canal is a 48 mile long waterway of locks and dams, built in 1914, providing shorter access to mariners by joining the Atlantic and the Pacific Ocean. With thousands of ships passing through the canal yearly, the Panama Canal is major contributor to Panama’s GDP. However, Panama is becoming equally well known as a favorable and stable international offshore financial centre, with hundreds of offshore banks, and a thriving business of offshore company incorporations. Panama is ranked in the top four largest economies in Central America and considered one of the fastest growing. The capital and the largest city in Panama is Panama City.

The trust put in Panama as a place for registering offshore foundation and non-resident Corporations (IBCs) is often linked to this country’s track record of years of offshore reliable incorporation services, legislation and the overall business climate in which offshore companies and tools are provided.

Panama’s IBCs and foundations are governed by the:

Take advantage of this opportunity to lower tax expenses, own an international brokerage or offshore bank account and organize financial matters in a way that benefits the most. Plus, use your Panama Corporation or Foundation to: